Is 2022 the Year of the Chief Automation Officer? 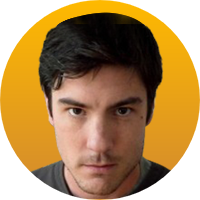 Given the recent increase in adoption of automation technology among organizations worldwide, 2022 may be the year that companies start placing more consideration and resources into creating the position of a “chief automation officer”.

This executive would sit alongside other members of the c-suite, such as the chief operating officer (COO) and the chief information security officer (CISO), helping to achieve company goals through their leadership and management.

Without formalizing such a role, the responsibility would fall to the COO, the person who is interested in scaling the enterprise without scaling the workforce.

“This role is critical because over the next decade, growth in the industry will outpace ability to hire and retain at the pace of growth,” explained Dinesh Nirmal, General Manager for IBM Automation. “So, the role of a chief automation officer would be responsible to deliver digital skills and labor, along with KPIs responsible for savings, through focus on high-value tasks.”

Nirmal said, ultimately, the chief automation officer would be responsible for driving the choice in whether to deploy human labor or digital labor across both business and IT.

Depending on the specific goals of the business and complexity of tasks being automated, the chief automation officer would need to deploy the right automation solutions and strategies, and manage a cross-company, cross-functional team.

“This team would work hand-in-hand with these technologies on a daily basis to deliver the highest value of work and efficiencies,” he said.

From the perspective of Charlie Newark-French, COO of Hyperscience, the organizations that find success through the implementation of a chief automation officer will provide that person with the resources to make broad, high impact changes in their organization.

“The biggest thing that is missed within the automation space is the need to tie the benefits and the reasons for implementing automation back to business objectives,” he said, “If they tie it to revenue, if you can streamline processes, or a substantially better customer experience you can tie back to revenue, that is sort of a winning argument for a chief automation officer.”

Newark-French said that in order to be successful, the CAO should be a trusted adviser to the CEO when making business decisions.

“The role of the CAO isn’t just ticking off boxes from a technology perspective, but defining the very way you build your businesses, the customers you go after and the way you serve what you serve them,” he said. “There’s no doubt every organization will have one.”

In order for a CAO to be truly effective, they must be deeply embedded in the organization and hold extensive knowledge of the business, as opposed to someone plucked from a strategy role somewhere or considered a general-purpose thought leader.

“What we really like to see when we’re having discussions with chief automation officers is when they have been in the organization for a while,” Newark-French said. “That’s someone who’s been there for 10 or 20 years and really knows what’s going on, knows the issues, knows how to focus.”

He said he’s seen a lot of CAO units that essentially devolve into science experiments, and within a few years are not widely respected by the organization. This often happens because there has been no attempt to tie automation goals back to ROI and closer, tangible alignment with company objectives.

As automation becomes increasingly essential to streamlining business processes and moving human capital to focus on other projects, establishing a CAO role focused on marrying automation technology and human facility is critical.

“The role of a chief automation officer will be key to understanding collaboration and integration of people and technology in business processes,” Newark-French said. “That is a nuanced view we don’t see out there very much. But I suspect in 10 years, that will be the only path successful organizations take.”