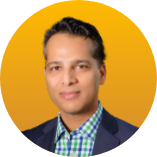 “Why the Web Won’t be Nirvana”

So read the headline over a commentary published in Newsweek magazine in 1995. The author, scientist Clifford Stoll, looked at the ballyhooed future of e-commerce, telecommuting, and virtual communities and had a word for it: “Baloney.”

To Stoll, the internet was nothing more than a “most trendy and oversold community.” His view was so hilariously off-kilter that the magazine published a follow-up piece 15 years later that described his jabs as “a realm of inaccuracy known not even by Columbus (when he thought he’d reached the Indies) or the guys who thought New Coke was a good idea.”

What will we think one day when looking back at the current hype surrounding the metaverse? Will we find that it correctly presaged a technological innovation that would become ubiquitous in our daily lives? Or will we chuckle at how overblown it all was? (Spoiler alert: I’m leaning toward the former.)

The term metaverse – the use of augmented reality (AR), virtual reality (VR), or other immersive technologies to create multidimensional experiences uniting aspects of both the digital and physical worlds – has been everywhere lately.

The Big Bang was Facebook’s announcement in late October that it was setting its sights on the metaverse as the next digital frontier and was renaming its holding company to Meta. Since then, Microsoft has cited the metaverse as a reason for acquiring game developer Activision Blizzard for $68.7 billion (the largest deal in its history), Walmart filed several new trademarks suggesting the beginnings of a metaverse strategy, and Ralph Lauren’s CEO hailed the metaverse as a way to attract young shoppers. The metaverse, according to its proponents, is a really big Next Big Thing.

As it happens, just about every time an emerging technology starts to capture the world’s imagination before the full vision has come into focus, the skeptics have their swords out. They say the metaverse concept is fuzzy and overblown.

I think the reality is somewhere in the middle.

Some of the hype overshadows the fact that elements of the metaverse are actually here and delivering value already. Think, for example, of Google Maps’ Live View, which uses AR to help users navigate their surroundings, IKEA’s app that allows virtual placement of furnishings in a room, and one of the most popular mobile games ever, Pokémon Go.

Meanwhile, the naysayers are too quick to dismiss the vast potential of what Mark Zuckerberg called “the successor to the mobile internet,” in which smart devices and ambient intelligence combine to transform how we interact with our environments.

What the metaverse needs right now is more real-world use cases that illustrate how transformative and useful these rich new experiences can be. And they exist.

A prime example is what analyst firm Gartner calls “Smart Spaces”. These are environments “in which humans and technology-enabled systems interact in increasingly open, connected, coordinated and intelligent ecosystems.”

Such capabilities have become more important as businesses that want to bring employees back to the office seek new ways to optimize their facilities for an enjoyable, productive and safe workplace experience. With such technology, companies can convert static floor plans into dynamic, interactive maps, and deliver contextual digital content based on employee physical location.

And with indoor capacity regulations relaxing in many areas, events are shifting from purely virtual to hybrid. Immersive experiences can allow remote attendees to visit a virtual trade show booth and chat with product experts, while on-site attendees can use AR to navigate the show floor and view digital details on the products physically present.

These are just a few among a panoply of immersive experiences, enabled by advances in AR and VR as well as other technology that leverages location awareness, artificial intelligence, and automation that the world may not have thought of in a “metaverse” context, but that certainly fit the description.

“A person working in an industrial setting has a lot of distractions in that environment and a lot of data to think about and process,” the company reported. “Traditionally, technicians had to look at and interpret a two-dimensional 20-foot-long drawing and construct that image in their minds and attempt to wire, based on this mental model. By using augmented reality technology, technicians can easily see where the electrical wiring goes in the aircraft fuselage. They can roam around the airplane and see the wiring renderings in full depth within their surroundings and access instructions hands-free.”

“It’s like having a GPS navigator in front of your eyes,” said Timothy Witham, M.D., director of the Johns Hopkins Neurosurgery Spinal Fusion Laboratory.

Think of these scenarios as metaverse building blocks. They add specificity to what can sometimes seem a fluffy concept. I expect more and more of these use cases will come, and I predict that, in time, no one will be saying, “Why the Metaverse Won’t be Nirvana.”