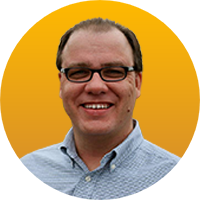 Anyone who worked in machining within the past 70 years knew that the future of machining was automation. In the 1940s, computer pioneer John T. Parsons and engineer Frank L. Stulen invented, via a contract with the U.S. Air Force, numerical control milling machines. The machines were designed to help the Air Force produce geometrically complex parts more economically and accurately.

Those machines were the precursor to today’s computer numerical control (CNC) machining tools that use programming to automatically process some material, such as metal or wood, to specification. By the late 1980s, such machines were standard within tool and die, machine shops and manufacturing floors. Today, such digitization of manufacturing is accelerating.

Workers, for the most part, embrace the change and would do more to meet the technical skills demands needed for their jobs – if only their employers supported them. That’s the primary finding from a survey, Digital Illiteracy in the Factory: Providing Workers with Low-Code Tools, commissioned by low-code platform provider Mendix.

Interestingly, today, low-code development tools are finding a home in manufacturing. According to the survey, nearly 9 out of 10 said they want to learn low-code software development, while only 3% currently use low-code in their jobs. More than two-thirds (67%) say they want to create a software app that would solve work issues. According to this survey and a parallel survey conducted in Europe, U.S. workers are more willing to welcome and contribute to workplace digitalization than their counterparts in Germany (78% versus 61%) — a surprising result, given that German manufacturing workers enjoy a reputation as some of the most skilled in the world.

“Incorporating digital applications is vital to the ongoing competitiveness of manufacturing in the U.S., and it is heartening to see such a large percentage of the manufacturing workforce ready to contribute to this effort,” Gardner Carrick, vice president of strategic initiatives at The Manufacturing Institute said in a statement. “Low-code applications provide our workforce with the tools to contribute to this digital transformation, and we should prioritize training in these skills.”

Workers are Eager to Upskill

That may be so, but U.S. manufacturing employers aren’t getting the memo. The survey found that U.S. manufacturers are giving their workers little help in developing their digital skills, and only 18% of workers are happy with their digital skills. “That only 18% are happy with their digital skills is just one sign that more training is required. At a time when the country’s manufacturing industry remains mired in a decades-long slump and when managers clamor for more useful software applications, news reports indicate that the nation’s workforce is ill-equipped to deal with writing code,” Mendix said in a statement.

“The United States needs to move now to get their workers into the digital game,” said Derek Roos, Mendix CEO. “If the country wants ‘Made in the USA’ to mean something again, and if it wants to reduce unemployment and keep its economy vital and thriving, manufacturing and industry should provide low-code and other tools that help bridge the digital divide.”

The survey was conducted from Jan. 29 through Feb. 11, among 250 full-time manufacturing workers in the U.S. and 250 within Germany. The survey’s objectives included learning workers’ attitudes and motivations, as well as obstacles that prevent them from acquiring low-code and other digital skills.