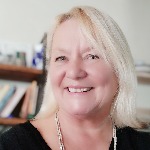 Imagine no longer having to wait in line or bother with scanning your goods while shopping at the store. Instead, you could just walk in, fill your bag and walk out.

That time is now.

Inaugurated last week in Lisbon, Portugal, the autonomous shopping experience has been created for gas station customers at a fully-stocked convenience store. Street-facing, the store offers snacks and beverages, food and non-perishable items to customers who can now enjoy the ease of quickly and conveniently shopping.

How does it work? The autonomous software creates and keeps track of what customers pick up, and what they replace on the shelves. A network of ceiling-mounted cameras records what treats are added to their bags and automatically charges them through an app.

Currently, the inaugural store is open from 8 a.m. to midnight. The plan, moving forward, is to remain open 24/7 starting next month, with credit cards soon to follow as a payment option.

The Future of Retail

I took the opportunity to ask Vasco Portugal, CEO at Sensei, a few questions about this new collaboration with Galp and Sensei’s “Plug & Play: Autonomous Pod” concept.

Q: You said, “We are thrilled to be pioneering this concept in Europe with Galp. It is also the first of many petrol and service stations we look forward to launching with different partners in the coming months.” So, how likely is it that every major energy company will want to follow suit? Is this the future for all gas station convenience stores? In fact, is it the future of the entire retail industry, worldwide?

A: “I believe that we are the last generation who will queue for grocery purchases, whether that be in supermarkets or petrol stations. So yes, I do think that autonomous retail technology is something that other petrol networks will want to adopt as well. Petrol stations are known for needing to be open at all hours of the day for whenever motorists need them, but that of course creates a number of issues with staffing.

First, the challenge of finding staff willing to work the late hours, second to ensure their safety while they are there, and finally, to pay them for the unsociable hours.

Our autonomous technology enables petrol stations to operate 24/7 without the need for staff working unsociable hours, and it is absolutely the future for petrol station convenience stores and the entire retail industry.”

Q: For an organization, is the technology easily deployed – and how scaleable is it for growing business?

A: “Our technology has a variety of ways to be deployed, each very quick and easy. One way is to deploy a specially designed indoor or outdoor “pod” of varying sizes, as seen in our recent partnership with Galp, which can be set up anywhere and fully adapted to a retailer’s branding.

The alternative way to deploy our technology is to retrofit an existing store with our autonomous technology, such as ceiling cameras and shelf sensors. This can be set up and operational within a matter of weeks, with minimal disruption to day-to-day operations.”

Q: No waiting in line, no hassle and no scanning sounds like a dream. What happens if the app fails? Or a customer loses charge on their cellphone mid-shop?

A: “The customer only needs a smartphone with our app to enter the store. Our app generates a one-time QR code that opens the door and lets the store know who to charge for the transaction. If the app or the phone were to fail once inside the store, it would not affect our system, as the customer will be able to exit the store and receive the receipt when access to the internet is restored. In the future, you will be able to enter the store with just a credit card, without the need for an app at all, so the problem will eventually be moot. Convenience and accessibility are key for us.”

Q: What about the older generation? Will this new tech deter them from shopping independently?

A: “While we are confident autonomous technology is the future of retail, we also want to ensure everyone is brought along for the journey, including those of the older generations. Though stores will no longer need checkout staff, the implementation of our technology will free retail staff up to fulfill new roles that can offer greater customer support and retail assistance to those that need it in store.

Some of our large supermarket stores already allow for what we call hybrid shopping experiences. This means that customers have the option to just leave the store and pay via app or go through a  traditional checkout. This enables a slow transition for those that are less confident using smartphone and app technology.”

Q: Data analysis assists in understanding customers, and it’s useful to leverage this knowledge to improve B2C relationships and, of course, increase profits. How easy is it to leverage this data when, for example, shoppers in Lisbon are more likely to be tourists than locals: More than 2.1 million visitors to Portugal in 2019 were British. Since Brexit, will GDPR rules hamper leveraging that data?

A: “Our solution is 100% GDPR compliant across Europe. We are a “privacy by design” technology and don’t use facial or any type of biometric recognition that would allow us or the retailer to recognize shoppers on an individual basis, so users’ privacy is 100% guaranteed.”

Q: In the U.S., retail workers are now recovering from a 17.1 percent unemployment rate in April 2020. Today, the figure is double its pre-pandemic levels. Will autonomous shopping play a part in directly driving the unemployment figures higher than they currently stand?

A: “The retail industry we know is undoubtedly set for significant change as a result of new innovations like autonomous technology, but I expect the change will be gradual. Instead of having a dramatic and negative impact on unemployment figures, autonomous technology will simply change the role of retail staff.

Retail employees will no longer be stuck for hours behind checkouts, but rather, free to move around the store acting as retail advisors and providing better customer service. They will be upskilled to provide technical support and to use and maintain the autonomous technology to keep a check on inventory levels whilst encouraging sales.

The role of retail staff will be transformed and enhanced in the future rather than diminished, as Sensei provides them with new tools to perform better.”

Teresa Abecasis, the executive board member and COO at Galp also shared information about the launch.

“We are so excited to launch this collaboration with Sensei for our customers. This new autonomous pod, which is mobile and street facing, enables us to offer more for people walking by on the street or stopping at the station for food, enabling them to purchase grab and go meals, snacks, drinks and other products with the ease and speed that only autonomous technology provides whilst avoiding the queues caused by fuel purchasers.

We are also eager to capitalize on the data captured through Sensei which will help us make the store increasingly better by implementing a highly efficient restocking operation and offering the most attractive products for each specific location. For example, this fully autonomous store will allow for smaller gas stations in lower traffic locations to offer non-fuel products to customers through a profitable operation.”

Topic
Is 2022 the Year of the Chief Automation Officer?

Topic
Leadership Insights: Burnout and the Need for Automation