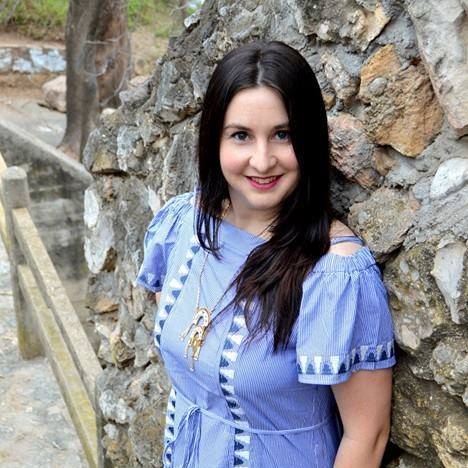 Amanda Razani: Hello, I’m Amanda Razani, with Digital CxO. And I’m excited to be here today with Bruce Orcutt. He is the senior vice president of product marketing for ABBYY. How are you doing today?

Amanda Razani: Good. I’m so glad. So ABBYY is a leader in identity providers. Can you tell a little bit more about the company?

Bruce Orcutt: Sure. So we’re a very mature company, we’ve been around 30 years. But we’re we are definitely a leader in what is known as intelligent document processing, as well as process mining. And we’ve been mostly known for our ability to transform documents into meaningful data to help automate and accelerate any type of business transaction.

Amanda Razani: Okay, and recently, you released a survey. There were some interesting findings in this survey about personality traits and how they clearly make a difference in digital transformation initiatives for businesses. What led y’all to do this survey?

Bruce Orcutt: You know, it’s funny, because so much as has happened, and transpired over the last two years, three years, with the pandemic and things, and we saw so many automation initiatives being initiated by our enterprise and government customers, we started doing surveys just to get a sense of what are people doing and how successful are they. And what we learned is that everybody’s really invested in automation and digital transformation at this time. But we’re trying to figure out this step further, go a little bit deeper in this survey, figure out what works and what personality traits to people have that contributes to success, or failure or different approaches. So it was really a fascinating survey for us to get an understanding of how people approach the better introverted or extroverted approach these different problems, it’s, it was really interesting to see the results.

Razani Amanda: So who was included in the survey?

Bruce Orcutt: We reached out to over 1200 people in Europe, and mainly IT administrator centers of excellence. And most automation teams are driven out of either IT or a center of excellence or an automation team within the enterprise. So we’re a little under 1300 total throughout western Europe and in the United States.

Bruce Orcutt: It’s funny, I don’t know if I was separated by tasks. I would say that their approach to failure is very different. And so they all have the same goal in mind, or automation goal that they want to achieve. But for some reason it seemed like the extroverts were people that were wanting to fail early, and fail visibly, and cut their losses. The extroverts seem to be more along lines of trying to figure out how to make it work, invest more time, and more committed to seeing through the success of this automation, and then bringing in experts to help them if they’re falling short, to help them drive to the goals or outcomes that they wanted. But what’s funny is what we also saw in the survey is most people don’t know what their ultimate goals are, or how much automation is necessary, or what level of straight through processing do they need to achieve, to get the ROI. And they only find that out after they start their automation projects. So it’s an interesting, interesting challenge. Interesting, you know, difference in how introverts versus extroverts perceived success and failure.

Amanda Razani: So, knowing that, what roles are best signed between the two?

Bruce Orcutt: It’s funny, I mean, that this is dangerous area, right? This is making some assumptions, and I don’t think there’s a difference, right? What the survey did say is that they have different approaches. But each company is different. Each center of excellence is different. Each line of business that they’re trying to automate or deliver some automation to is different. So I don’t think there’s really a one role versus another role. But you definitely see as the manager, as the owners of this automation project, or the person that sort of built the automation vision, the introverts certainly have; they define their goals and they definitely want to achieve them. And if they don’t, they’re ready to cut their losses. And again, like the extroverts, they’re more committed, they’re all in, trying to make it work, trying to improve things. So with introverts and extroverts it all depends on the corporate culture and the different line of business they’re supporting. But we didn’t see that it was, you know, one’s better as a manager versus another. It was just their approaches or their way they receive feedback is very different.

Bruce Orcutt: Well, so it’s funny, it depends on what the C-level executives are demanding or what the goals are pushing down to their direct reports. So what we did see in our survey is that certainly the decisions are being made at the C-level, or the priorities are established at the C-level, which really helps to get the rest of the company aligned with those goals. So with that level of leadership driving the decision making around what automations, or what business benefits they’re trying to drive, you definitely can see that both groups are very much supportive and trying to get to that level of ROI; that they expect. The real difference that we saw in the data was that introverts were more about the people. And the extroverts are more about the process. And that was fascinating to see how they related to each other, but extremely critical to the success of any automation project. But it was interesting to see the different biases they had, versus the people bias and benefiting the people in the users versus benefiting the process was very different approaches for each group.

Amanda Razani: So did you see a pattern when it comes to when projects fail? When something doesn’t happen the way they want it to? What is the reaction between introverts and extroverts there? What do they blame as the reason for the failure? Was there any pattern?

Bruce Orcutt: Well projects fail all the time. And it’s normally because of the discovery process. Right? Most people aren’t talking to or really getting engaged with the users to understand truly, how do they execute, or how do they work within the framework that they’re given. The one thing I love about meeting and interviewing end users, is they all figure out ways to work around the process; they all figure out ways to do their job more effectively, better, smarter, right? And then the business doesn’t ever really know that this is how people are behaving. So the problem that, the reason why many of them fail, is they don’t do the proper upfront discovery of truly what’s happening; how are users interacting with this process? What applications are they using? What tools are they using to get their jobs done? And therefore, how does that play into whatever the ultimate automation goal is? So, it’s funny to see that most of them did fail because of poor understanding of actually the users and how the users would interact with the technology. The other time is just people start to often, they’ll budget, they’ll get funding, and they’ll rush to sort of the easiest automation which may not be the most bang for the buck or the highest value of return. But they’re just trying to get active and get to doing something without really knowing what’s going to drive the best ROI or the best outcomes for their business, and what are the best priorities. So we see with a lot of the great process mining technologies and process discovery and process monitoring technologies, those are really helpful in helping customers understand; what do they need to automate, where should they invest their time? And then understanding what metrics are important to measure to prove success?

Bruce Orcutt: It’s a great question. So you definitely want to be, I wouldn’t even in the hiring process be looking at one personality trait versus the other. I’m more looking towards, you know, how do they deal with failure? And how do they deal with success? And, and what have they had, you know, what challenges have they had in the past that they overcame? You know, whether things that, you know, what are some examples of success they’ve had? There definitely is a different approach, but it has to fit the corporate models. And I think right now, what’s happening is there’s so much burnout, so much stress, that irrespective of the personality trait, you have to be very conscious of the impact that these processes have on your users; that they have on the actual intended uses of these services. We did a survey previously that said 15% of their employees, the users, would quit their job because the processes weren’t efficient for them. And with that level of frustration, they were willing to leave. And that was fascinating to us, that the users were basically at their wit’s end in many cases. So it doesn’t matter if they’re an introvert or an extrovert that’s leading the team. It has to do with can they sit down to understand the process, the users and benefits to the business?

Amanda Razani: So it seems like team training and team building and employee satisfaction. Those are important things to focus on.

Bruce Orcutt: And I think now with agile approaches people are taking, openness, data is data, and now people make decisions on it and it’s not personal. It’s not reflective of a good job, bad job. It’s just facts. And so I think now that we have more tools and technologies around that give us facts. It’s more safe to have bad news and deliver bad news. Because you’re transparent and it’s now you’re stopping something that maybe you wouldn’t have known about for years in the past, but you know about it today. You can take corrective measures.

Amanda Razani:
Absolutely. Well, thank you so much. I appreciate you coming on and talking about the different personality traits and how they relate to business.

Bruce Orcutt:
Excellent. Thank you so much, Amanda. I appreciate it.