Tableau Conference: From Dashboards to a Platform 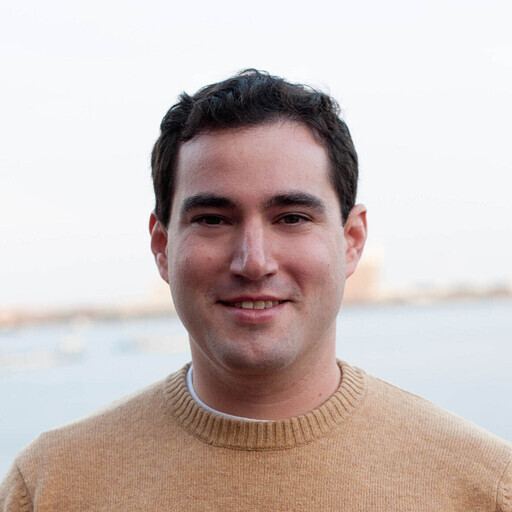 Tableau’s yearly conference is back after a two-year shift to a virtual-only format. The in-person audience was significantly smaller than in previous years; however, enthusiasm amongst attendees – mostly hands-on users including “Tableau Visionaries” and “Tableau Ambassadors,”—that together made up the “Tableau DataFam” was high.

I’m not going to run through every announcement at the conference; for that you can just read the company’s press release. Instead, I’m going to share my thoughts on the market and how Tableau is reacting to broader software and business trends evolving in the market. These trends are:

Creating dashboards that are leadership-focused has been a priority for many organizations. You don’t need to look far to find a vendor: Google acquired Looker in early 2020; Microsoft has grown Power BI; Amazon offers QuickSight; Salesforce acquired Tableau in 2019; not to mention other vendors like IBM, SAS, Qlik and many others. There are certainly unique strengths and weaknesses in each of these offerings, but it’s often the case that companies choose their cloud provider and productivity suite first and then select a visual analytics vendor.

What’s the problem with dashboards? Red equals bad. Green is good. A trending-up line is good while a trending-down line indicates a problem. Simple enough, right?

The simple fact is that dashboards are typically built to display data, but they don’t do a great job of explaining the “why.” Dashboards are interesting, but fail to help users make smarter decisions. Ultimately, dashboards are just a nicer, visually pleasing representation of several spreadsheets and other data sources. Presented with these, most leaders would say, “So what?”

For this reason, I believe that the enthusiasm for dashboards has reached its peak. Savvy leaders don’t want to just see interesting data. They need a quick way of understanding the “why” and the “so what.”

Tableau’s Answer: Providing the Answer to “So What?” With Storytelling

At the conference, Tableau announced its new Data Stories capability (available later this year), driven by the Narrative Science technology. It’s no small feat that the combined team was able to release an offering so quickly after the acquisition. The idea behind Data Stories is this: Data can be easily converted into understandable natural language that is quickly consumable by individuals. Of course, the user can then explore the data in more detail.

Tableau is certainly not the first vendor offering data-driven narratives using natural language and descriptive analytics; however, with its huge user base and the fact that Tableau is capitalizing on the shortcomings of existing dashboards, I predict that this feature will grow in popularity.

Tableau has long been known as a mostly on-premises offering. For a long time, that made sense—Tableau users wanted to analyze and visualize sensitive corporate data. The company has offered Tableau Online, but when it was time to scale up, on-premises was the answer.

As we know, opinions on the cloud are rapidly changing. Part of that change in mindset is, of course, driven by the pandemic, but the other major factor is the fact that the cloud is a mature, enterprise computing environment. Snowflake, AWS S3 and a host of other cloud-based data warehousing approaches have normalized moving critical data to the cloud.

It shouldn’t be left unsaid that Tableau is now owned by Salesforce, an early SaaS company that, for years, had a “no software” motto.

Did Tableau shift to the cloud because of Salesforce? My view is no. Instead, the deciding factor was that customers expected analytics delivered from the cloud. Of course, becoming a division of Salesforce gave Tableau the “protection” to shift their revenue models without the pressure of being directly under the watchful eyes of investors.

The driving force behind Tableau Cloud is the simple fact that 70% of new customers start in the cloud (Tableau Cloud is available now). Rather than steering clients to Tableau Enterprise, the company announced the transition from “Tableau Online” to “Tableau Cloud.” Keep in mind that Tableau is not new to the cloud. A large number of customers that I spoke to during the conference are using Tableau Online.

Tableau Cloud is not simply a rebranding of the existing product; rather, it represents the maturation of Tableau’s approach to cloud computing. This SaaS offering includes additional cloud management and governance tooling, multi-cloud management and additional security capabilities. I expect it won’t take long for most Tableau customers to view the company as a fully cloud-based offering.

Vendors Want to be Platform Players, not Product Distributors

As software companies mature, it’s inevitable that they want to become a “platform,” not just a product. For example, Zoom has been attempting this transformation. Rather than being solely a video calling application, the company wants to be a platform that invites independent software vendors (ISVs) to create applications on top of Zoom.

Why do vendors want to become platforms? It’s simple—they want to become “sticky” with customers. In Zoom’s case, if a customer is using Zoom simply for video calls it’s not hard to dump the software for an alternative that might be better, cheaper or that better integrates with other applications. However, if a customer has bought into the entire platform and applications built on that platform, moving away from the software is much more painful.

Now, let’s look at Salesforce, the company that owns Tableau. Salesforce might be one of the greatest examples of a software product company that shifted to being a platform provider. The company started off as a cloud-based CRM system in 1999, but has evolved to become much more. Salesforce’s flagship offering is Sales Cloud (containing the CRM offering), and there are dozens of integrated offerings including the Service Cloud, Marketing Cloud and Commerce Cloud. Keep in mind that some of these families of offerings—for example, the Marketing Cloud—contain many products.

But what’s the secret sauce that has truly turned Salesforce and other product companies into a platform? A robust platform-as-a-service (PaaS) offering and partner marketplace (for Salesforce, this is the AppExchange) that allows customers to build internally-facing applications and allows ISVs to build and monetize applications on top of the foundational platform.

Tableau’s Answer: Lean Into Salesforce, Rapidly Embrace Partners and Build Out the Portfolio

As I discussed earlier, dashboards and visualizations are becoming commoditized and it’s been important for Tableau to create a platform strategy. At the industry analyst session, Francois Ajenstat, the company’s chief product officer, shared that Tableau has been working closely with colleagues at Salesforce on this platform strategy. For example, Ajenstat said that his team is working closely with the Salesforce AppExchange team to create a similar app store for Tableau.

A second step toward platform success is recognizing that clients work with competing and complementary software products. For example, Snowflake, the cloud-based data warehousing company that has seen meteoric growth, was a top-tier Tableau Conference sponsor. Additionally, Tableau offers data connectors to 80+ sources including various Azure, AWS and SAP sources as well as dozens of other data sources.

Finally, to successfully move from being a product company to a platform provider, Tableau needed to fill the gaps in its offering. The company has long had data connectors, data prep capabilities and, of course, data visualizations, but what was lacking was the ability to perform machine learning and build models. At the conference, Tableau announced Model Builder (available later this year). Model Builder allows customers to build, collaborate, deploy, manage and export machine learning and predictive models. Model Builder heavily relies on Salesforce’s AI research and productization through its Einstein capabilities.

While there were big announcements at the conference, Tableau Conference ‘22 was about the maturation of Tableau from a visual analytics tool into an enterprise platform. Tableau is, and will always be, focused on creating great visualizations for the “DataFam,” but the company’s transition to a cloud platform will help it defend its territory from competitors.

Topic
Data as a Service and the C-Suite