The Automation Revolution and the Shift in Labor 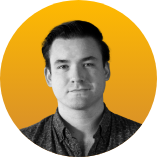 Throughout the Industrial Revolution, laborers with a wide range of manual skills helped give rise to many of the innovations and technologies that were used in workplaces throughout the 20th-century. Some, such as Henry Ford’s assembly line introduced in 1913, for example, are still used today. Yet, as we look to the future, we can already see signs of how the introduction of artificial intelligence (AI) and other intelligent machines might cause additional shifts in labor through the process of automation.

Several decades ago, when the internet was still a fledgling technology, the notion of robots and intelligent machines working alongside humans was still confined within the realm of science-fiction. Today, that notion has become scientific fact. Furthermore, most researchers and analysts agree that as intelligent machines and automation technologies continue advancing, almost every global industry — and the human laborers who comprise them — will be affected.

To know the future, look to the present

If we wish to understand how the future of automation and intelligent machines (i.e., robots) will impact labor markets, we need only look at how it is doing so presently. Robots are already being employed in ways that, up until just a few short years ago, many of us would have never thought possible. For instance, many companies and organizations within the healthcare industry have transitioned a bulk of their administrative and patient profiling tasks from human employees to automated, intelligent systems fueled by AI and machine learning (ML) technology.

In other labor sectors that have traditionally relied on the physical skills of manual workers, robots and machines have steadily been replacing human labor for decades, and automation in these spaces is now rapidly compounding. According to the International Federation of Robotics, US manufacturing firms introduced an average of one robot worker per 1,000 human workers between 1997 and 2003. By comparison, European firms introduced roughly 1.6 robots per 1,000 human workers during that same period.

More recently, however, in the industrial manufacturing sector alone, robot density per employee doubled globally between 2015 and 2021 from approximately 66 per 10,000 human workers to 126. This tells us that the hypothesized “Automation Revolution” may occur much sooner than we think; possibly in as little as 15 years. As such, human employees may soon find themselves needing to possess different skill sets in order to remain competitive and relevant in labor markets dominated by automated, intelligent machines.

As automation continues to compound over the coming years, replacing a growing number of jobs once held by skilled manual laborers, human workers will be forced to either expand their existing skill sets or become capable at new ones. According to one report from McKinsey, “The need for some skills, such as technological as well as social and emotional skills, will rise, even as the demand for others, including physical and manual skills, will fall.” Subsequently, this will place pressure on businesses and companies to reconsider the ways in which work and labor is structured and conducted within their organizations.

Coinciding with McKinsey’s report is another from MIT, which revealed that automation and robots may replace a further 2 million physical human laborers in manufacturing by 2025. However, this poses an issue in regard to social inequality. As Karishma Ramkarran, staff reporter for Scientific Survey says, “…those who are most affected tend to be low-income and people of color. Minimum wage workers often have little to no social mobility or financial security that would enable them to pursue a career towards a more “skilled” profession that requires a certain degree of education or training.”

These reports show us that the compounding rate of automation in manufacturing is directly correlated with the income inequality of manual workers. Many of these laborers do not have the ability to access education that could help them learn or train social and emotional skills, leaving them without many other options for employment. As a result, in the next 15 years, there will likely be increased pressure placed on social, labor, and political leaders to help retrain millions of human workers to re-enter a workforce saturated with automation and intelligent machines.

Both the speed and extent to which automation is occurring in the labor market, while daunting for some, is not unprecedented. Yet as automation and intelligent machines continue being integrated into an increasing number of labor market sectors, many people (particularly the workers whose jobs are replaced by these technologies) will look to political leaders and legislators who hold the influence to shape future labor market policies.

Despite the influence those policy-makers may have, this new paradigm shift isn’t arising — nor will it continue to — within a vacuum. Both politically and culturally, people will have to accept intelligent machines and adapt accordingly just as they have done with other technological innovations in the past, as we witnessed, for example, with the advent of smartphones.

Technology has historically outpaced legislation and will continue doing so throughout the emerging Automation Revolution. While public policy will ultimately hold some degree of influence over the extent of automation’s impact on labor markets, it will only come after private institutions, organizations, and our societies learn how to evolve with increased automation in labor and adapt to it.